Designed and produced entirely in Italy, the CFL-3 radar by SMA-Officine Galileo is developed for the Italian Navy. This is the first X-band radar with a super-heterodyne receiver. It measures distances with a high-precision quartz oscillator.

Built in the Aerfer plant in Pomigliano d’Arco, Naples, the Sagittario fighter plane is the first entirely Italian-made aircraft to reach and break the sound barrier. It is flown by Lieutenant Colonel Giovanni Franchini, war hero and test pilot.

On 10 December 1957, the MB-326 trainer flies for the first time. The aircraft is designed to support the advanced training of pilots in the Italian Air Force. Manufactured by the legendary AerMacchi and designed by engineer Ermanno Bazzocchi, more than 800 of these aeroplanes are sold, making it one of the world's biggest aeronautic success stories.

The Bristol Type 192 Belvedere completed its maiden flight on 5 July 1958 and was operated by the Royal Air Force from 1961 to 1969. It was Britain’s only tandem rotor aircraft to enter production.

1962
The first Unmanned Aerial Vehicle is produced in Italy

Italy’s first domestically-produced Unmanned Aerial Vehicle is launched from the bow of an Italian Navy corvette. This P-0 predator was built by the then Meteor company for reconnaissance missions and for training naval and ground artillery. 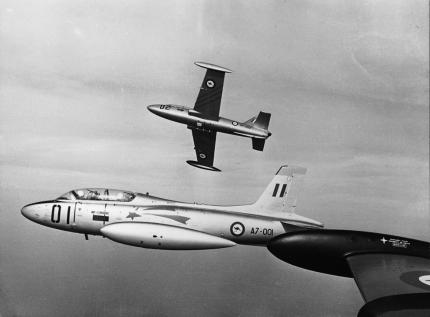 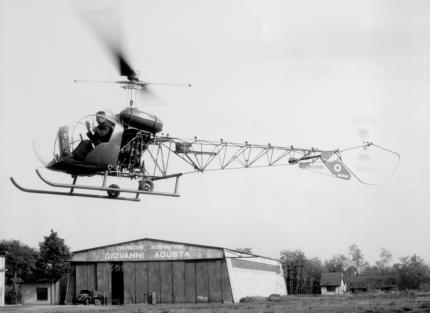 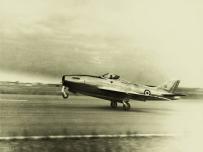 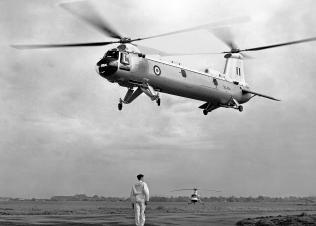 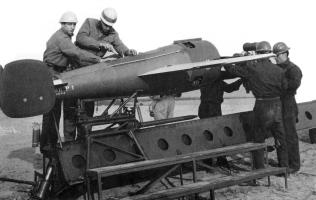 On 4 January 1963, the Telespazio Fucino testing station receives its first signal via the Telstar satellite. Originally developed to receive telephone signals, the Fucino plant starts to use its innovative technologies to receive television signals as well. This opens the door to satellite television in Italy thanks to Telespazio's experiments.

The A101 technological demonstrator, the first helicopter entirely conceived and designed in Italy, flies for the first time from the Cascina Costa site in Varese. This technological triumph paves the way for the American company Sikorsky to enter into a collaborative agreement with Agusta which sees the Italian company build the SH-3D helicopter under licence.

Developed by OTO Melara in the beginning of the sixties, the 76/62 Compact is a multi-role cannon with a very high rate of fire. Further improvements lead to the 76 Super Rapid version and the special Strales and Sovraponte versions. The cannon uses different types of ammunition, including recently-introduced guided ammunition. The 76/62 cannon sees unprecedented commercial success. It is adopted by more than 50 Navies worldwide. Today, it remains the only cannon of this calibre.

In Europe, the live television broadcast of the moon landing phases is made possible through the Fucino Telespazio satellite dishes. At the time, this is one of only four European stations able to receive satellite broadcasts from all over the world. Telespazio is again in the forefront of technological innovation in daily life.

On 18 July 1970, the first tactical twin-turboprop transport aircraft built in Italy, the G.222, takes flight. The aircraft is destined for worldwide success with its ability to operate in harsh environmental conditions (high altitude and high temperatures) with short take-offs and landings on semi-prepared surfaces. It is the precursor to the C-27J.

Aeritalia's participation in the European Tornado programme encourages Italy to develop specific expertise. It also makes test facilities and equipment such as flight simulator and ground station for flight testing available. Until now these facilities have not been widespread nationally or in some cases, even at European level. Italy is also responsible for designing autopilot functions and a terrain-following system to penetrate enemy territory by flying at low altitude, at high speeds. 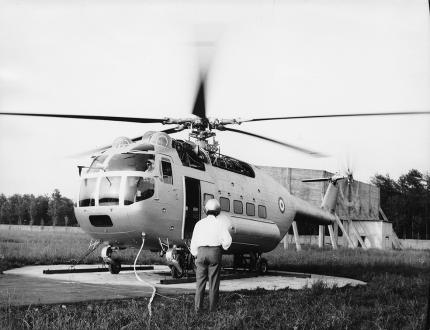 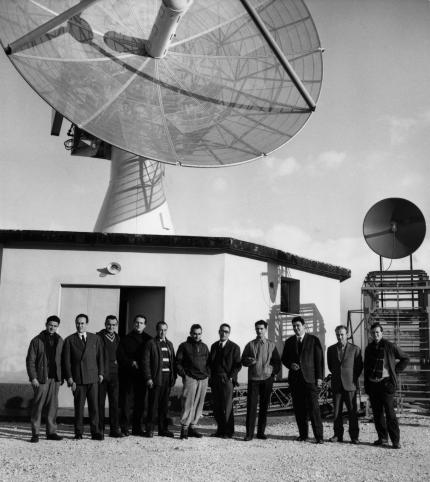 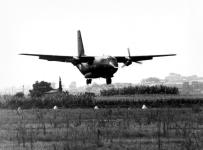 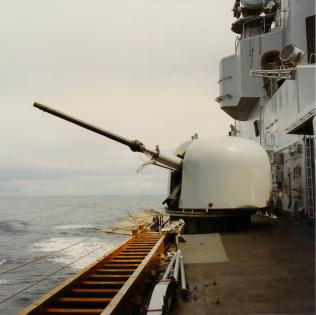 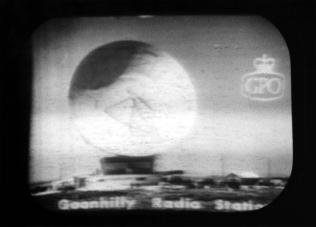 The first Italian telecommunications satellite, built by Aeritalia, is launched from Cape Canaveral in the United States. It aims to develop new communications opportunities via satellite for both telephones and televisions. Although Sirio has an expected lifespan of two years, it is operational for nearly a decade.

1982
The A244/S lightweight torpedo is announced

The A244/S is one of the first lightweight torpedoes and more than 1,000 units are delivered to over 25 Navies worldwide. The electrically-propelled torpedo is on the market today in its Mod. 3 version. It is equipped with a particularly effective acoustic head that offers excellent performance even in shallow water.

1984
Maiden flight of the AM-X aircraft

Aeritalia develops its know-how as an integrator by managing and coordinating the entire AM-X aircraft project. Taking part in the programme means that Aeritalia takes a giant step forward in internal expertise, with the introduction of several innovative solutions. These include the first fly-by-wire flight controls and the use of carbon fibre on primary surfaces. Although considered pioneering, the company builds the primary surfaces on aircraft out of carbon fibre for the first time on the AM-X.

Through the antennas at Telespazio's Fucino centre the CNUCE Institute of Pisa (CNR) calculation system connects to ARPANET, the elaborate network in the United States. In 1986, Italy becomes the fourth nation in the world (after Norway, the United Kingdom and West Germany) to connect to the network, which subsequently came to be known as the Internet. Telespazio plays its part in this revolution via its know-how and experience in the field of telecommunications via satellite.

Assigned to SELENIA in 1987 by the Italian Navy, the EMPAR (European Multifunction Phase Array Radar) programme is the first European multifunction radar prototype with active phased array antenna. The active multifunction radars are revolutionary in the sector. They can carry out surveillance and precision tracking simultaneously. Depending on the classification, a different tracking technique is assigned with different waveforms and a specific refresh rate. 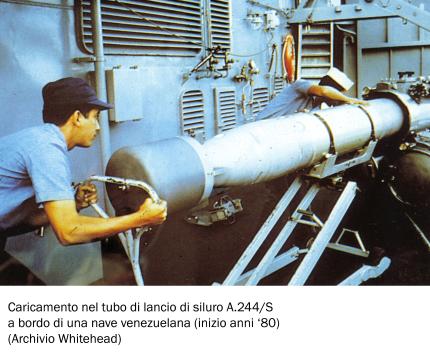 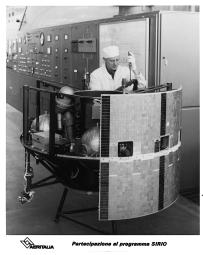 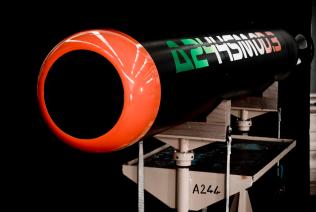 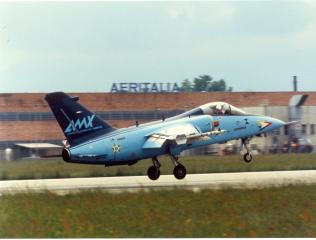 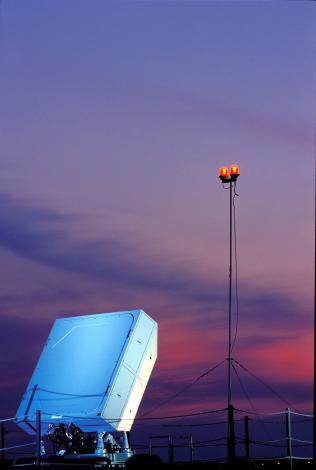 Alenia participates in the international Eurofighter programme, enabling the company to make a major technological leap in the structural, systems and avionic fields. The company uses its recognised experience in composite materials, contributing significantly to the technology used to build the wing. An innovative process is devised, enabling the company to produce larger pieces in composite material as well.

Alenia installs its first Integrated Secondary Surveillance Mode S Radar (SIR-S) with the new Modo-S functionality in Bergen, Norway. This is the first time the company has produced a radar head with a single Commercial Off-the-Shelf component circuit board using the UNIX operating system. Initial tests show that more than 60% of aircraft are already equipped with a Modo-S transponder. This innovative solution enables the production of more than 20 SIR-S systems a year in the decades to come.

2003
The first flight of Falco, a Remotely Piloted Air Vehicle

Every aspect of Falco is developed in Italy and it is the only UAV fixed-wing system to be built entirely in Europe. Falco is characterised by a high payload, a complete suite of avionic sensors, excellent endurance in the target area and a much higher operating altitude than usual for tactical UAVs. It is used for surveillance missions in five countries.

The M-346 is the most advanced trainer aircraft available on the market today. At its core is an integrated training system. The aircraft features a quadruplex digital fly-by-wire system and a simulation system for tactical training. These innovative features make it possible to emulate sensors, countermeasures and weapons. Student pilots can also interact in real time with a virtual tactical scenario and a Live, Virtual, Constructive environment, minimising training costs. 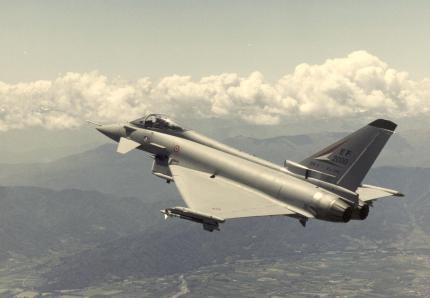 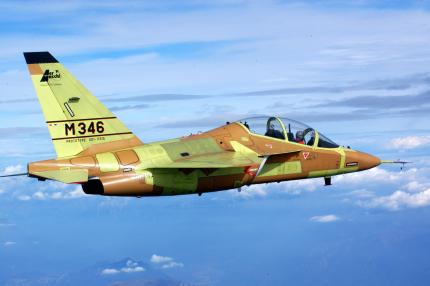 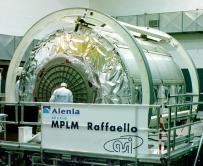 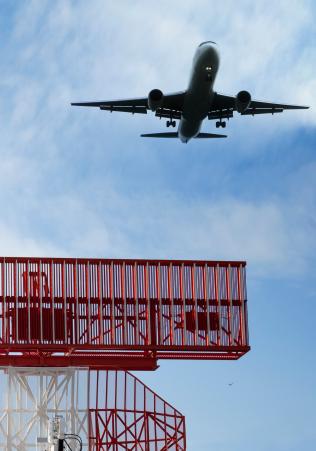 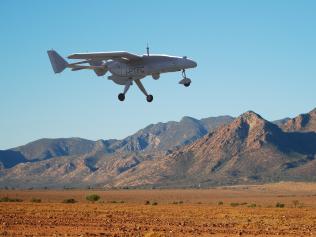 Used for the first time ever in the aeronautics sector, a new production process (one-piece barrel) is launched at the new Grottaglie plant to produce the fuselage section of the B787 aircraft exclusively in carbon fibre composite as a single piece. Alenia Aeronautica is tasked with design and manufacture of the structural components of the aircraft it is responsible for. The company also puts in place the infrastructure and defines the technical processes needed for production.

COSMO-SkyMed is the first Earth satellite observation system designed for both civil and military applications. The satellites are equipped with high-resolution radar sensors operating in X band. This means they can observe Earth in any weather or visibility condition with a very high revisit frequency. Satellite data are collected by the Matera Space Centre where the e-GEOS (Telespazio/ASI) technicians make them available for use in a wide range of innovative services.

2008
The KRONOS multifunctional radar is unveiled

Design begins on a family of multifunctional radars based on advanced AESA (Active Electronically Scanned Array) technology. These radars can perform multiple functions simultaneously that previously required several radars. Functions include air and surface surveillance, tracking, gunnery control, missile guidance and jamming countermeasures. Equipped with solid-state technology, the KRONOS radar will be produced both in land and naval versions.

VULCANO is the new family of guided munitions designed and manufactured by OTO Melara for various calibres of land and naval gun systems. VULCANO features class-leading range and accuracy performance. By using the latest guidance technology, these munitions can be applied to a wide range of naval and land systems.

2013
First tests of the BriteCloud on Tornado aircraft

The BriteCloud Expendable Active Decoy is one of the most significant airborne countermeasure developments since the introduction of chaff. The size of a drinks can, BriteCloud can be adapted to fit most flare dispensers. It is designed to disrupt incoming missiles’ RF tracking systems and produce a large ‘miss distance’.

2014
Rosetta Mission: the Philae lander touches down on a comet

After a 10-year journey, the Rosetta Mission reached the 67P/Churyumov-Gerasimenko comet. This is a first in the history of space exploration. Leonardo is responsible for producing many of the on-board and ground instruments for the Rosetta probe and for the Philae lander. Our advanced technology helped humans to analyse a comet for the very first time.

Leonardo takes a key role during the six-month Universal Exposition in Milan, where more than 20 million visitors and 150 exhibitors take part in nearly 5,000 events across 184 days. All security-related activities – from video surveillance to biometric access to special event areas – are subject to monitoring by the innovative operations centre. Here, information from different sources is integrated and linked.

The first M-345 HET (High Efficiency Trainer) production basic/advanced trainer aircraft successfully performed its maiden flight at Venegono Superiore airport (Varese, Italy). The engine in particular showed exceptional response to power changes, a key factor for the role the M-345 will play, particularly for aerobatic flights. The aircraft is able to combine a jet’s superior performance and effectiveness with the cost of a high power turboprop trainer. 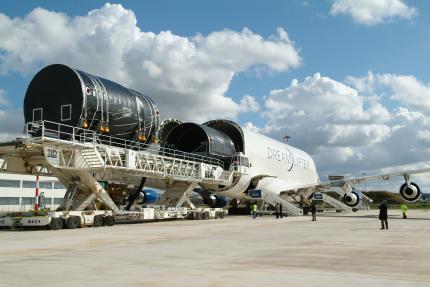 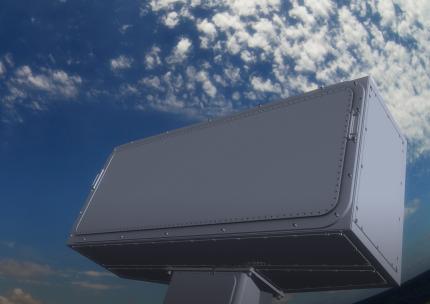 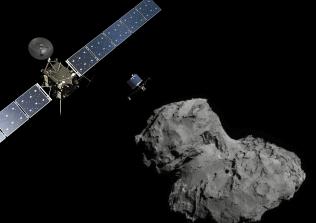 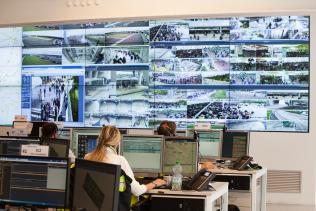 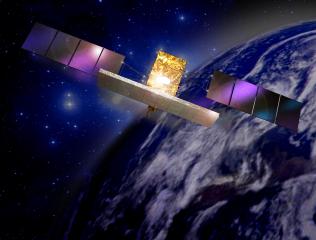 In this site, we use technical and profiling cookies, own and third party, and other technologies that collect your browsing data to analyse use, improve your experience and personalize the content and advertising. Click here to learn more about our Cookie Policy.
This site does not use marketing/profiling cookies. By clicking on "Accept" or continuing to use the site, you agree to the use of all cookies used.
Accept